The TSOC_NEOLED is a PSoC4 (Programmable System on Chip) based board with integrated WS2812 (a.k.a Adafruit NeoPixel) programmable LED driver, in an Embedded Module format for the new thingSoC, Internet of Things open standard.

The TSOC_NEOLED connects any thingSoC (or Mikrobus) module to strings of programmable color LEDs. To the "Host" the TSOC_NEOLED appears to be a static memory of 2048 bytes, either I2C bus access (default), or SPI bus access for higher reads/write performance. Each color LED uses four (4) bytes of the memory as a 32 bit (eight bits each Green, Red, Blue, White/Yellow) word. The memory is organized as eight(8) strings of sixty-four(64) LEDs per string, by default. Other geometries can be programmed as well.

An example of a portable color LED application, attached to our tandem bicycle for a Portland parade ride. 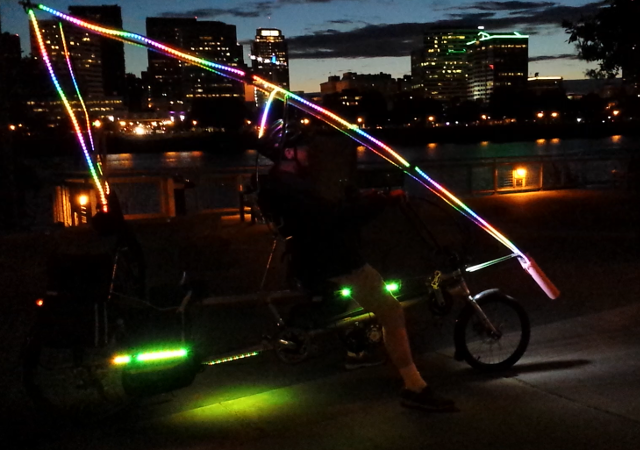 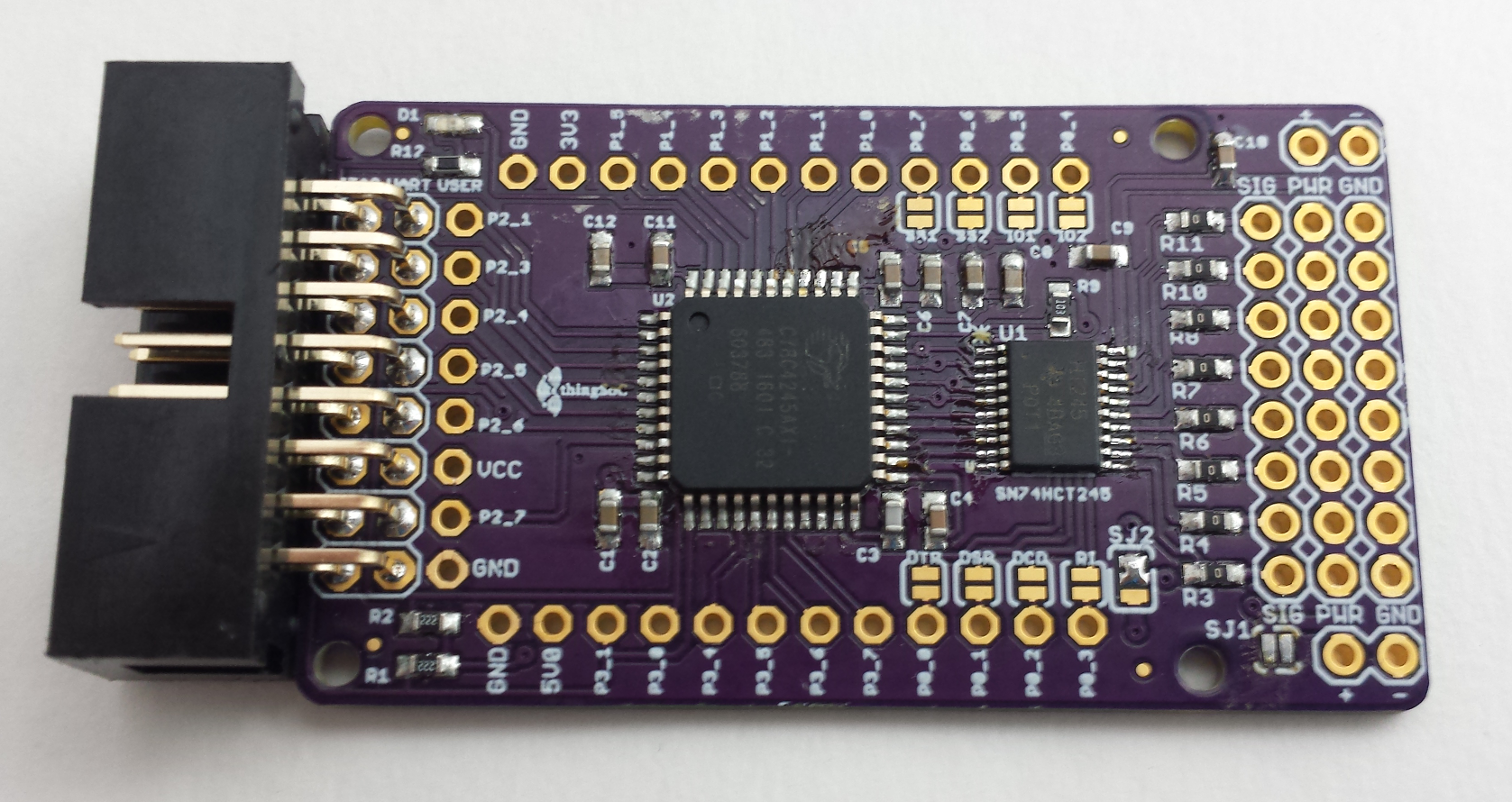